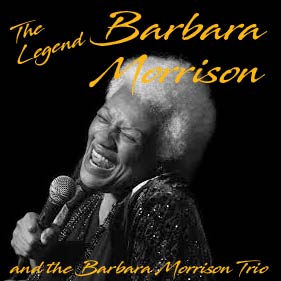 Originally from Detroit, Barbara Morrison is a jazz legend. With a voice that is at home with many genres, Blues is definitely her forte. Her decades long career as a performer and recording artist includes appearances worldwide with some of the greatest names in jazz.  Her singing has been described as “soul stirring, sizzling,” her style, “graceful,” her pacing, “flawless.” The New York Times stated, “A joy, at Carnegie Hall, Barbara Morrison delivered one song a la Esther Phillips and another with Ella Fitzgerald’s blithe scat singing.”