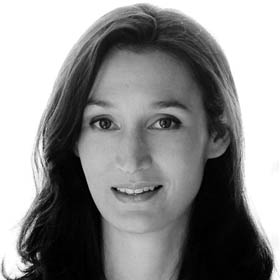 Lucy Zepeda, lyric coloratura soprano, is fast becoming one of L.A.’s most sought-after lyric coloratura sopranos. Her rich yet silvery vocal timbre, pinpoint accuracy, fluent musicianship and striking stage presence have led to success in a wide variety of roles, from Fortuna in Monteverdi’s L’Incoronazione di Poppea to Gilbert & Sullivan heroines in Iolanthe and H.M.S.Pinafore. Other operatic roles include the Queen of the Night and First and Second Ladies, Pilar in the zarzuela Gigantes y Cabezudos by Caballero, and Hansel in Hansel and Gretel. An accomplished oratorio singer, Miss Zepeda has been the soloist in Messa di Santa Caecilia by Scarlatti, Monteverdi’s Vespers, Handel’s Messiah, the St. John Passion and Cantatas 140, and 191 by Bach, Requiem, Regina Caeli, Coronation Mass and Mass in C minor by Mozart and the Choral Fantasy and Mass in C of Beethoven. The young soprano was a featured performer at the 2007 Hawaii Performing Arts Festival, performing Der Hirt an dem Felsen by Schubert, L’Allegro by Handel and songs by Ricky Ian Gordon with the composer at the piano. A student of noted soprano Carla Jamie Perez, Lucy has coached with Jeanine Altmeyer, Jennifer MacGregor and Val Underwood. She is currently cantor at St. Therese Church in Alhambra, and soprano soloist of Pasadena Pro Music, Stephen Grimm, conductor.

A native of Southern California, Lucy received her Master’s degree in Voice Performance at Cal State University Los Angeles and is a former student of Carla Jamie Perez. She is well known to Los Angeles audiences for her many solo performances in oratorios and for various operatic roles. She is a sought after classical singer and has performed in oratorio, recital, and opera productions on both coasts. Now residing in New York City, she was most recently hailed for her New York recital and oratorio performances including Dvorak’s Gypsy Songs, and the soprano solos in Telemann’s The Day of Judgment, and Poulenc’s Gloria.