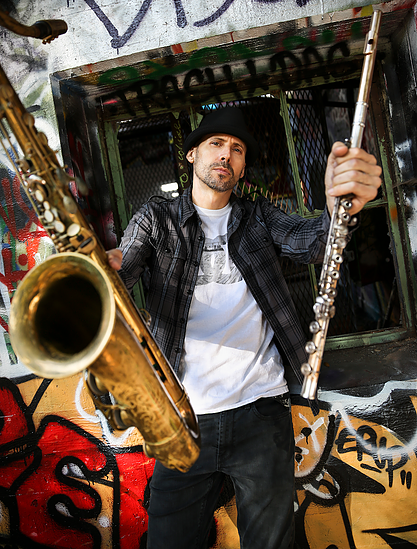 “Katisse will always be, for our money, the greatest jazz flutist under the sun.”
LA Weekly

“Katisse’s genre-crossing fusion of jazz and hip-hop is definitely worth the hype.”
GroundSounds

”Katisse Buckingham leads a double musical life, most often as one of the area’s most sought-after woodwind players. But on the last Thursday of every month, he leads his own band in a unique mix of jazz, soul, hip-hop & rap, beatboxing his way through flutes and leaving even seasoned studio veterans often in astonishment.”
Tom Meek – LA Jazz.com