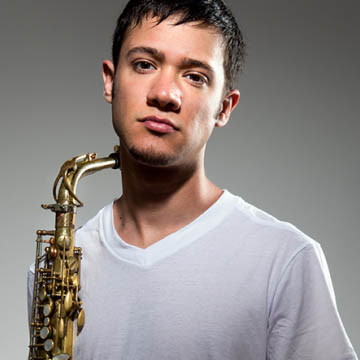 Born in Tarzana, CA Danny took to the saxophone at the age of 11. Just two short years later he was recognized by Wynton Marsalis and the Lincoln Center Jazz Orchestra as the first-ever triple instrument “Outstanding Soloist” on sax, clarinet and flute

Awarded a full-tuition scholarship to Philadelphia’s Temple University Boyer College of Music and Dance, Janklow was mentored by saxophone legend Dick Oatts and incredible trumpeter Terell Stafford and became a fixture of the East Coast jazz scene frequently playing at the Village Vanguard with the Vanguard Jazz Orchestra, the Kimmel Center, the Apollo in Harlem, and Dizzy’s Club Coca-Cola in New York.

In 2011, Danny returned to Los Angeles and rapidly became one of LA’s most in-demand saxophonists and bandleaders sharing the stage with such musical luminaries Stevie Wonder, Kendrick Lamar, Herbie Hancock, Wayne Shorter, George Benson to name just a few.