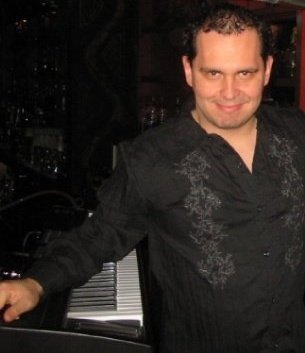 Initiated into music at an early age, Carlos Vivas got his studies in Classical Piano as well as Classical and Jazz composition in his native Cali, Colombia.

At the age of 13, he started playing and composing music for a wide range of musical styles, specializing in Classical, Jazz, Latin Jazz and Salsa Music. In the salsa realm, he was a member of one of the world’s most prominent and popular musical groups, “El Grupo Niche” of the well-known salsa music lyricist Jairo Varela.

During 1995-96 Carlos built his own recording studio, and began his stage as a musical producer, having big success thanks to his particular style and musical richness, becoming one of the most wanted musical producers in the Latin music business.

In recent years he began his career as a film composer, scoring several feature films, short films, trailers and TV commercials.
At the present time, he is living in Los Angeles where he has composed music for more than 40 independent features and shorts. Carlos’ music is always driven by such a tremendous artistic versatility, and a unique color surrounds each and every musical note he puts in his scores.